We have covered an astronomical number of square miles with lawns, lawns that are in most cases deserts, useless to wildlife. That surface is comparable to that of Pennsylvania, New Jersey, Delaware, Maryland and Rhode Island combined. 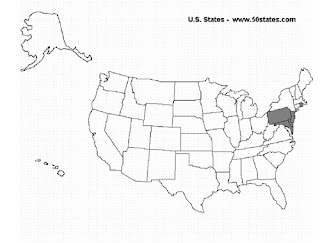 If you live in the West you may prefer to see this surface as equivalent to that of the state of Washington. 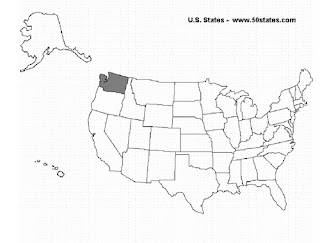 Do we need that much lawn? Much of it could be turned to meadows or other plantings according to the mantra: "Less lawn, less mowing, less pollutants, more natives". This is being done in places such as the New River Gorge National Park Visitors Center in West Virginia. The meadows and grassy paths are pleasant to the eye, beneficial to wildlife and healthier for everybody.

Ordinarily a lawn is a desert, very unwelcoming to wildlife from tiny insects to birds. It doesn't have to be this way. A lawn can supply food for pollinators and even for birds; it can also provide housing for some pollinators.

We can make our lawns more nature-friendly by readjusting our notions of aesthetics: a perfectly manicured lawn that looks like an indoor green carpet need not be the only ideal of lawn beauty. Instead, a lawn with some variety of plants which includes a few broad-leaved “weeds” has its own kind of natural beauty; let us call them “grass companions.”

The very first step, naturally, is to avoid insecticides and herbicides whenever possible. The choice of broad-leaved small plants that you can allow in your lawn is a little trickier and it may take some time to get the right combination; but the final product would be a pleasant lawn that requires less care and less fertilizing, providing more resilience to droughts and pests in addition to being more hospitable to desirable wildlife. There are a number of little flowering plants that grow in lawns completely uninvited that we are constantly trying to eradicate; however we could start welcoming some of them.

Ideally, you want only non-invasive lawn flowers, preferably native ones, but this would require effort beyond that which many gardener would be willing to invest. So it is understandable when gardeners accept some non-natives; after all most lawns are made up of grasses which may not be native to your region.

Some of my favorite grass companions, such as violets, bluets and spring beauties do well only where foot traffic is minimal, or where mowing is less frequent. Others can take a good amount of abuse:

• Blue eyed grasses (Sisyrinchium, several species) not a true grass but a member of the iris family, with pretty blue flowers.
• Cinquefoils, (Potentilla).
• Wild strawberries (Fragaria, several species). The five lobed leaves of this and those of cinquefoils are very similar in appearance.
• Yellow violets (Viola pennsylvanica), and other kinds of violets too.
• Spring beauties (Claytonia)
• Wild geraniums, crane’s-bills (Geranium)
• Azure bluets (Houstonia caerulea).
• Speedwells (Veronica), there are several species, some of them are native others introduced.
• Wood sorrel (Oxalis acetosella), used as ground cover by some gardeners.
• Chickweeds include two genera: Cerastium and Stellaria. They are also known by several other common names; some species are native and small enough to do well in lawns, such as field chickweed, (Cerastium arvense) and star chickweed (Stellaria pubera).
• Smartweeds, knotweeds, many species in the genus Polygonum; some are small enough to do well in lawns. Some species are native and others introduced.
• Asters (Symphyotrichum) are great in the fall. Some grow rather tall, better for a meadow than a lawn; but if mowed not too frequently, they can do well and bloom heavily inviting many species of pollinators.

Among the non-natives, a very useful one is clover, (white clover, Trifolium repens) a European plant very well established in the United States; it used to be included in grass seed mixes because it helps fix nitrogen, enriching the soil as a consequence. There are a few species of clover that are native to some regions of North America. Chickweeds, also known as starweed, bindweed, winterweed, as mentioned above some are native others aren’t; the seeds of some are eaten by some birds, hence the name chickweed. Gill over the ground, or ground ivy (Glechoma hederacea), is rather pretty but it can be very invasive. Thyme, (Thymus several species) has been used as ground cover sometimes. Scarlet pimpernel, (Anagalis arvensis) a European plant with small pink flowers. Dandelion (Taraxacum officinale) is among the non-native invasives which you may not want to see around. Some think that it doesn't provide much of anything to pollinators despite its colorful flowers, others fear that it may compete for pollinators with some native flowers, reducing their pollination.

These are just a few of the "grass companions" that do well in my region, the Mid Atlantic. Other areas might use some of the same along with other “companions” based on regional conditions.

A simple practice that can be helpful to pollinators in your lawn is to allow some bare spots in dry and sunny places that can be used for nesting by bees and some insect eating wasps. Some leaf litter, especially on or near flower beds, can provide shelter for fritillary caterpillars and hummingbird moth caterpillars and a few other wintering moths and butterflies.