Every year flowers bloom in succession and, with them, a predictable cast of characters shows up routinely. Three plants, in particular, call your attention for the numerous repeat patrons to these restaurants and their nectar: common milkweed, mountain mint and goldenrod. Or you may regard the visitors as actors hired to play roles in these theaters. The truth is that every year the theaters have to hire the descendants of previous visitors. The original ones are long gone. Here are some of the representatives of the mountain mint crowd, each photo accompanied by a great-grandchild or great-great-grandchild repeating their roles: 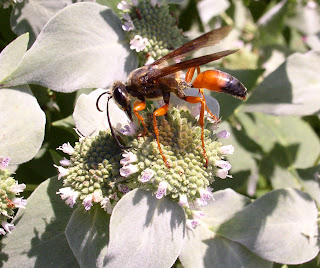 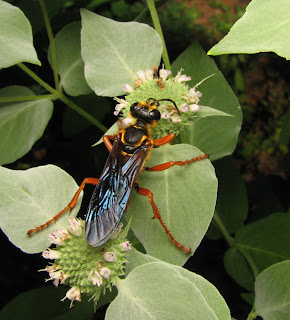 Red banded hair streak butterfly and great- great- great-... well, let us say that at least six generations have elapsed between one and the other (2006 and 2012). It looks like both pictures were taken the same day. 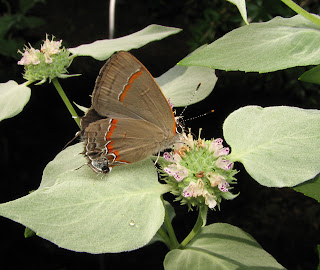 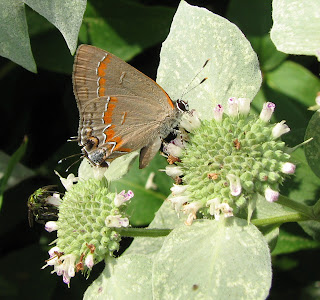 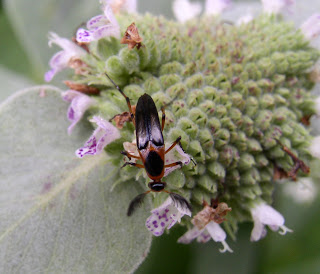 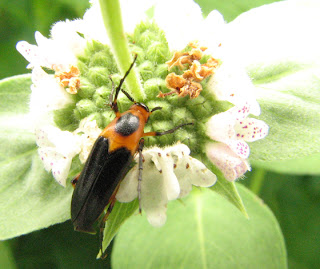 Not a very nice fellow. It lays its eggs on the flowers and the little larvae hitches a ride from a passing bee. Then they feed on the bee's stored food and on the bee baby. The adults are so short lived that you don't see them visiting earlier or later blooming flowers.

The wasp and the butterfly also play in many other theaters through the seasons. The beetle, on the other hand, is most often seen on this plant.